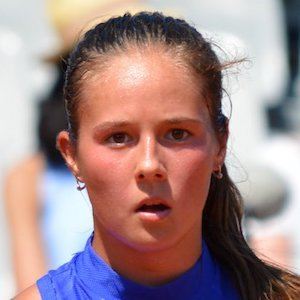 Professional tennis player who was ranked the 43rd best female singles player in the world in 2016. That same year she was also ranked the 24th best doubles player.

She first picked up a tennis racket at the age of 6 and she began training formally by age 11.

She won a junior Grand Slam title at the French Open in 2014.

She is the daughter of Tatyana Kasatkina and Sergey Kasatkin.

She was photographed with international DJ Kygo at the Ultra Music Festival in Japan.

Daria Kasatkina Is A Member Of