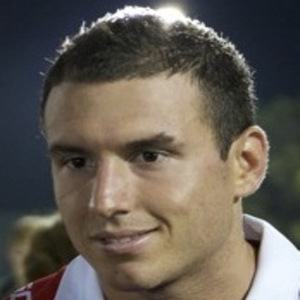 Rugby fullback and wing who is known for his tenure in the premier National Rugby League. He has also represented Queensland and Australia in various national and international competitions, respectively.

He was first selected to the Australian Schoolboys junior rugby team in 2005. He debuted professionally in 2006 with the Brisbane Broncos.

He won the 2006 Grand Final as a member of the Brisbane Broncos during his rookie season. He earned the 2010 RLIF Fullback of the Year award.

He was raised by a single mother until he was 15 years old. He was subsequently raised by his grandmother.

He and Cameron Smith are both known for their prolific NRL careers.

Darius Boyd Is A Member Of