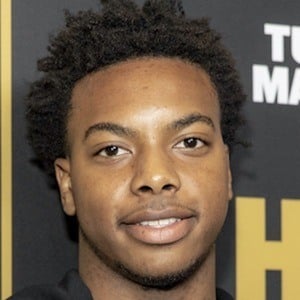 Point guard who was selected fifth overall in the 2019 NBA Draft by the Cleveland Cavaliers after playing one season of college basketball at Vanderbilt University. He stands at 6 feet 4 inches and 175 pounds. In 2022, he was the NBA All-Star Weekend Skills Challenge champion.

He played high school basketball at Brentwood Academy in Tennessee.

He was the number one ranked point guard in the high school recruiting class of 2018.  He had his breakout NBA season in 2022 being named to his first ever All-Star game.

He is the son of former NBA player Winston Garland.

He became teammates with fellow guard Collin Sexton on the Cavaliers.

Darius Garland Is A Member Of