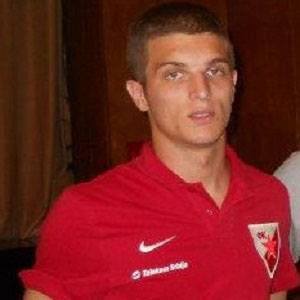 Winger who signed with Red Star Belgrade in 2009 and helped the team win Serbian Cups in 2010 and 2012; became a member of the Serbian national team in 2008.

He began his professional career with Borac Cacak in 2007 after spending over a decade in the club's youth system.

He competed for the Serbian U21 team from 2011 to 2012, after already playing for the country's senior national team.

He was born and raised in Cacak, Yugoslavia.

He played alongside Nikola Zigic on the Serbian national team from 2008 to 2011.

Darko Lazovic Is A Member Of