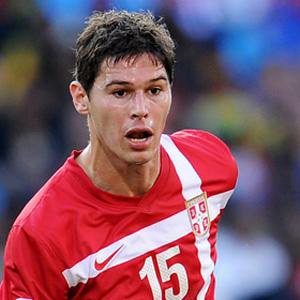 Center forward who was named the Serbian Footballer of the Year with Racing Santander in 2007.

He made his professional debut with AIK Backa Topola in 1998.

He was joined by Jonathan Spector as a starter on Birmingham City FC in 2011.

Nikola Zigic Is A Member Of