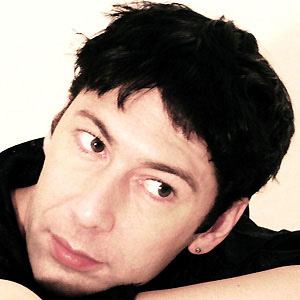 Lead vocalist and founding member of Psyche, a Canadian-German electropop music group that rose to fame in the 1980s. Best known for his unique voice and impressive vocal range, he also penned lyrics to several Psyche songs.

As a child, he experimented with the many ways in which he could use his voice, imitating television cartoon characters and recording himself singing popular songs.

He occasionally performed with such synthopop bands as Brain Leisure and Angels & Agony.

He was born in Cooksville, Ontario. As teenagers, he and his brother formed a punk-influenced music group called The Enemies.

Darrin Huss Is A Member Of