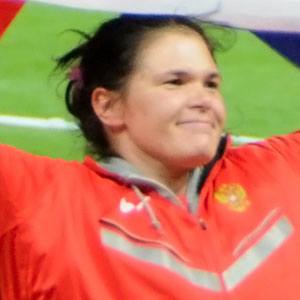 Female discus thrower from Russia who was disqualified from the 2012 Olympics after testing positive for steroids.

She won the silver medal in the discus at the 2001 World Youth Championships in Athletics.

She was banned by the Russian Athletics Federation for ten years in April 2013.

She competed in the 2012 Olympics when swimmer Michael Phelps became the most decorated Olympian ever.

Darya Pishchalnikova Is A Member Of