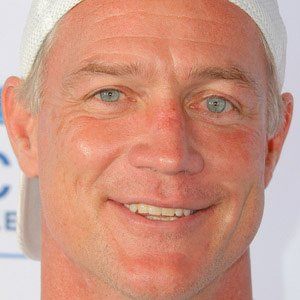 Former NFL fullback who played for the Dallas Cowboys from 1989 to 1999. He was selected to two Pro Bowls before an unfortunate neck injury ended his career prematurely.

He raised two children with his wife, Diane.

He helped block for Emmitt Smith until his injury prevented him from continuing.

Daryl Johnston Is A Member Of