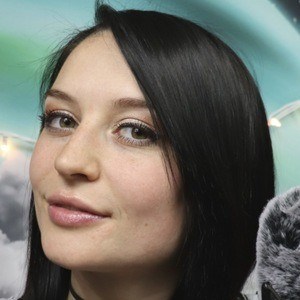 Social media personality who became known for sharing her relaxation techniques on YouTube. Her combination of ASMR videos and reiki content have led to her channel being viewed more than 2.2 million times.

She uploaded her first YouTube clip called Chakra Balancing for Your Sacral Chakra in February 2018.

Her video titled ASMR: Reiki, Pulling Out Stress and Negativity topped 100,000 views in one year.

Taylor Darling and Gracie K. are two others who earned a following with their ASMR-themed recordings.

Dasha Ovechkina Is A Member Of