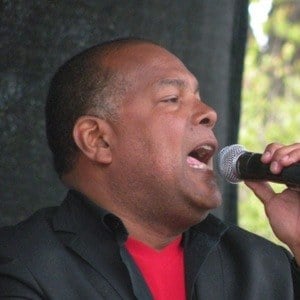 Pop singer and songwriter who is recognized for having won the Eurovision Song Contest in 2001. He has also appeared in several stage productions including City Lights which toured in Australia.

As a drummer and backup singer he performed with The Drifters and Tom Jones.

He competed on the 4th season of Estonia's version of Dancing with the Stars.

He and his wife Maris had two daughters.

He collaborated with rock musician Tanel Padar during the Eurovision Song Contest.

Dave Benton Is A Member Of