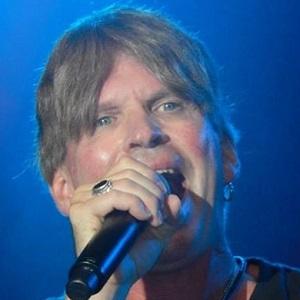 Rock singer best known as the frontman for the band Survivor from 1977 to 1983. He became famous for his vocals on Survivor's seminal 1982 single "Eye of the Tiger."

He was one of two singers in the band Jonestown Massacre in the 70's.

He later became the voice of Bud Light's "Real Men of Genius" series of TV commercials.

He and his family have been residents of Chappaqua, New York.

He and Survivor's major hit "Eye of the Tiger" was written at the request of actor and director Sylvester Stallone, who wanted to use it as the theme song for Rocky III.

Dave Bickler Is A Member Of