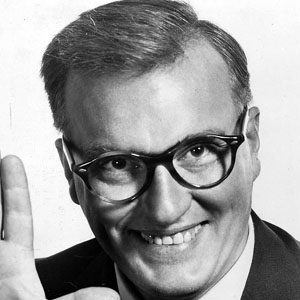 Remembered for anchoring Today on NBC from the program's inception in 1952 until 1961, he also hosted an early 1960s National Educational Television science program titled Exploring the Universe, as well as various radio programs in New York, Boston, Chicago, and Los Angeles.

After graduating from Washington University in St. Louis with a degree in psychology, he worked as a salesman and laboratory assistant before beginning his career in radio. He made his television debut in 1949, hosting a Chicago musical variety program called Garroway at Large.

Stationed in Hawaii as a result of his World War II-era United States Navy service, he hosted a popular Honolulu radio music program.

His first two marriages, to Adele Dwyer and Pamela Wilde, resulted in a daughter (Paris) and a son (David), respectively. His third marriage was to an astronomer named Sarah Lee Lippincott.

He and Arthur Godfrey were two of the first American television hosts.

Dave Garroway Is A Member Of