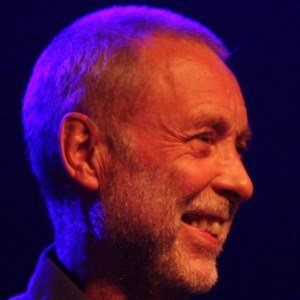 Drummer who played with the British rock band Trapeze from 1969 to 1979 and with Judas Priest from 1979 to 1989. He founded Dare2, an independent record label.

He started taking piano lessons at the age of six, but became obsessed with the drums. He began pursuing a musical career at the age of fifteen, moving towards jazz after pursuing a career in a top forty band.

He has toured with Joe Henderson.

He grew up in Wolverhampton, England and went on to reside in upstate New York. He was raised with three sisters: Sarah, Jane and Charlotte.

He has performed with Miles Davis.

Dave Holland Is A Member Of