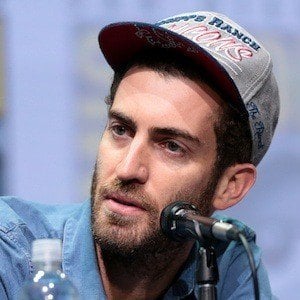 Famous for his time as a writer and segment director for Saturday Night Live. He rose to fame as a co-founder of the sketch comedy collective Good Neighbor alongside his childhood best friend and SNL cast member Kyle Mooney.

He graduated from the University of Southern California. He co-founded sketch comedy group Good Neighbor in 2007.

He directed the 2017 comedy-drama film Brigsby Bear, which starred Kyle Mooney. In 2017, he earned his second Primetime Emmy nomination for Outstanding Writing for a Variety Series for his work on Saturday Night Live.

He has frequently worked alongside Beck Bennett and Nick Rutherford on Good Neighbor material and Saturday Night Live sketches.

Dave McCary Is A Member Of