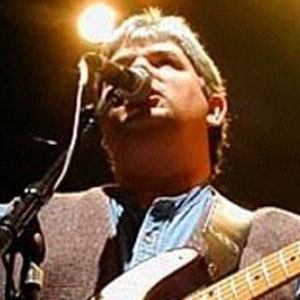 Grammy Award-nominated country musician who was a member of The Moody Brothers, the group that released the #1 hit "Cotton Eye Joe."

He became an Eagle Scout in 1978 and earned the Distinguished Service Award from the Order of the Arrow in 1986. He got a B.A. in history at University of North Carolina at Charlotte.

He and The Moody Brothers signed a contract with Disney in 1992 to perform their own nightly concerts at Disneyland Paris' Disney Village.

He and his wife Susan Patricia Davis had a daughter named Rebecca and a son named Joshua. He and his son Josh started the film production company Elevating Entertainment.

He produced the 2010 album Old Fashioned Hymns and Gospel Songs...For Those Who Miss Them, which featured contributions by artists including Pat Boone.

Dave Moody Is A Member Of