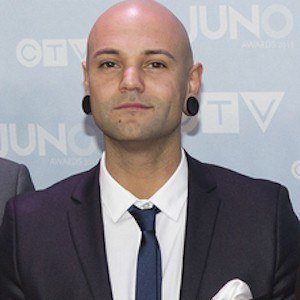 Guitarist known for playing with the Canadian rock band Hedley. The band is known for their eponymous album, as well as Famous Last Words, The Show Must Go On, and Storms, all four of which went double platinum.

The band is involved with Me to We, which helps fund the Free the Children foundation.

He and his wife Arual have a son named Archer.

Hedley was formed after he, Tommy Mac, and Chris Crippin met Jacob Hoggard.

Dave Rosin Is A Member Of