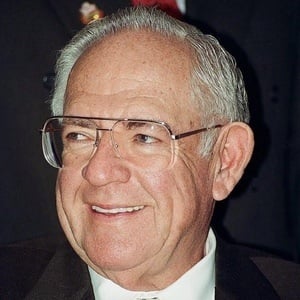 Became known as the famed founder and chief executive officer of the fast food restaurant chain, Wendy's. He became the television spokesperson for the company in 1989 and appeared in over 800 commercials for the popular restaurant.

He named the restaurant chain after his youngest daughter whose real name was actually Melinda Lou, but she was known as Wendy.

He was born Rex David Thomas in Atlantic City, New Jersey, and he was adopted when he was six months old. He had five children with his wife Lorraine, whom he married in 1956. He died at the age of 69 in January 2002 after suffering from a cancerous liver tumor.

He and Ray Kroc were both entrepreneurs behind successful fast food joints.

Dave Thomas Is A Member Of