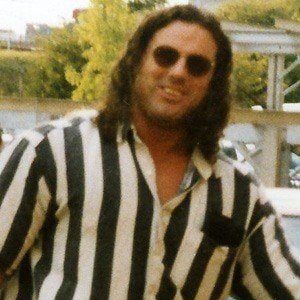 Unified Tag Team Champion, 2-Time WWF Hardcore Champion, and member of the Stampede Wrestling Hall of Fame. He was WWF's intercontinental champion and WWF's first European champion. He was known as the British Bulldog.

He began wrestling training at age 12 under the instruction of his father and uncle. Upon arriving in Canada from England, he trained and wrestled for Stu Hart's Stampede Wrestling in the early 80's, along with his cousin Tom Billington, WWF superstar Dynamite Kid.

His Summerslam 92 main event match (where he won his intercontinental championship belt) against his brother-in-law Bret "The Hitman" Hart, was recorded as WWF's top selling pay per view match in history. His daughter is model and actress Georgia Smith.

He was married to Diana Hart. Their son Harry Smith also wrestled in WWE under the name 'David Hart Smith' and was a tag team champion with Tyson Kidd in 'The Hart Dynasty' tag team. Harry then wrestled as 'Davey Boy Smith Jr.' in New Japan Pro Wrestling.

Davey Boy Smith Is A Member Of