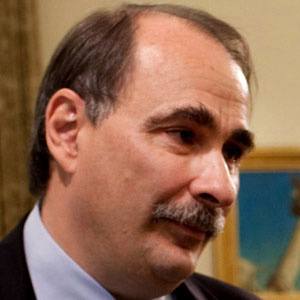 Senior Advisor to President Barack Obama from 2009 to 2011 who was one of the most recognizable faces of the Obama administration. He joined NBC News and MSNBC as Senior Political Analyst in 2013 after he left the White House.

He interned at the Chicago Tribune while attending the University of Chicago, where he majored in Political Science.

He told the hosts of "Morning Joe" that he would shave his signature mustache if Obama lost Pennsylvania, Minnesota, or Michigan in the 2012 Presidential Elections. He got to keep his mustache.

He has three children with his wife Susan.

He was the Senior Strategist for Barack Obama's successful re-election campaign in 2012.

David Axelrod Is A Member Of