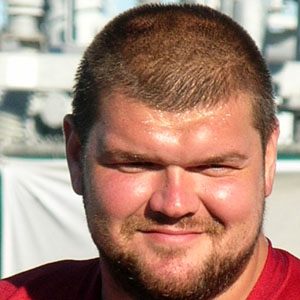 NFL center who was drafted by the San Francisco 49ers during the second round of the 2005 NFL Draft.

He won an Outland Trophy during his football career at Michigan University.

After leaving the 49ers in 2010, he was signed by the New York Giants as an unrestricted free agent.

He fathered a son with his wife, Elizabeth.

He was part of Eli Manning's Super Bowl XLVI-winning team.

David Baas Is A Member Of