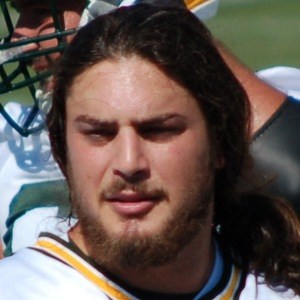 Offensive tackle who is famous for his career playing in the NFL, including for the Green Bay Packers as their primary left tackle. He earned the starting job during his 2013 rookie season before winning his first trip to the Pro Bowl in 2016.

He played college football for the University of Colorado Buffaloes between 2009-2012. He decided to forego his senior year of eligibility to enter the 2013 NFL Draft.

He has three siblings. His parents' names are Debbie and Karl.

He appeared alongside some Green Bay Packers teammates in Pitch Perfect 2 after reaching out to Elizabeth Banks on Twitter.

David Bakhtiari Is A Member Of