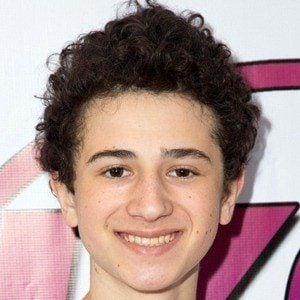 Rising to fame as a child actor, he became most widely known portraying Stanley Zielinski in the Amazon television series Gortimer Gibbon's Life on Normal Street.

In 2015, he joined the cast of the Netflix revival Wet Hot American Summer: First Day of Camp.

His younger sister, Rebecca, is also an actor.

David Bloom Is A Member Of