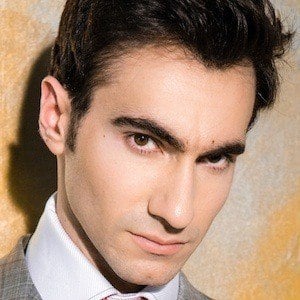 Named "the hottest violist of the 21st century" by the influential music critic Norman Lebrecht, he is a recipient of the 2011 Leonard Bernstein Award, a First Prize Winner of the Walter E. Naumburg Viola Competition, and a 2010 Avery Fisher Career Grant honoree.

He made his debut in 2005 with The Philadelphia Orchestra and is a former music protege of the Rolex Arts Initiative.

He has performed in numerous orchestras all over the world including performances at the prestigious Kennedy Center and Carnegie Hall.

He co-founded the Salome Chamber Orchestra with his brother Sean and sister Lauren. He served as the Orchestra's Artistic Director.

He has collaborated with renowned musicians like Yo-Yo Ma, Emanuel Ax, Sarah Chang, and many others.

David Aaron Carpenter Is A Member Of