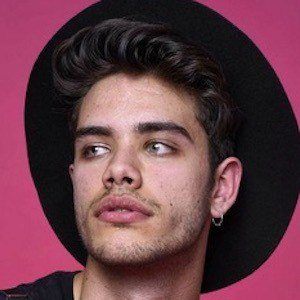 On Instagram, he earned more than 30,000 followers with primarily photos of himself.

He is from Calella, Spain.

He and Flamur Ukshini's looks have been compared to those of Zayn Malik.

David Carrera Is A Member Of