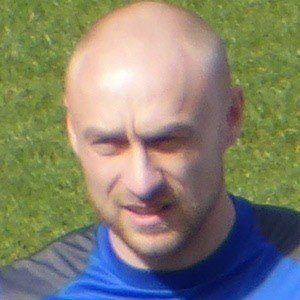 He played youth soccer for Bristol City before joining Wigan Athletic in 2006.

He's played for the Welsh national team at the U19, U21, and senior levels.

He and his ex-wife Sasha Incledon have two children.

He was coached by Brendan Rodgers while playing for Swansea City.

David Cotterill Is A Member Of