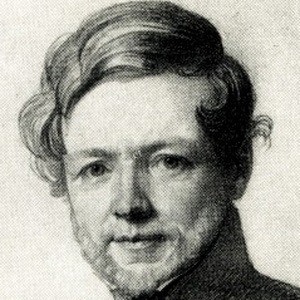 French sculptor and medallist known for his pediment of the Pantheon and his marble Wounded Philopoemen in the Louvre.

He studied in the studio of Jean-Jacques Delusse and then went to Paris to study under Philippe-Laurent Roland.

He was born Pierre-Jean David, but adopted the name David d'Angers once he became an artist.

His father was a wood carver and sculptor.

His work was admired by writer Victor Hugo.

David d'Angers Is A Member Of