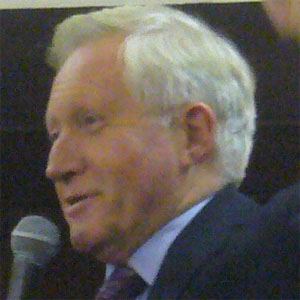 English television personality best known as the host of the BBC's Question Time political debate program. During the 1980s, he hosted another British political talk show called This Week Next Week.

After graduating from Christ Church, Oxford, he co-hosted a BBC quiz show called Top of the Form.

He served as President of the Institute for Citizenship, a United Kingdom charitable organization founded with the goal of promoting political engagement.

His father and brother, Richard and Jonathan Dimbleby, also had careers as broadcast journalists. His first marriage, to Josceline Dimbleby, produced three children.

While hosting Question Time, he provided commentary on the 1997 funeral of Princess Diana.

David Dimbleby Is A Member Of