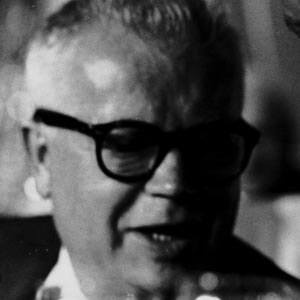 Former President of the International Ladies' Garment Workers' Union, and a founder of the American Labor Party. He also helped create the Congress of Industrial organizations, a federation of industrial unions.

He became a staunch socialist at age 15 before moving to brooklyn and taking up work at a garment factory.

He received the Presidential Medal of Freedom on January 20, 1969 for his life's work of protecting the working class.

He was born the youngest of 5 boys and 3 girls.

David Dubinsky Is A Member Of