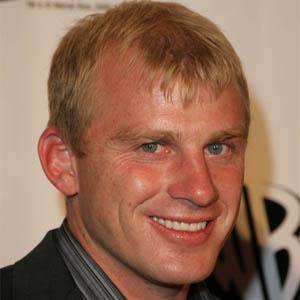 Former MLB infielder and two-time World Series champion, with the Anaheim Angels in 2002 and St. Louis Cardinals in 2006; named MVP of the 2006 World Series after leading the Cardinals to victory over the Detroit Tigers.

He was voted Most Helpful in his high school class at Seminole High School in Sanford, Florida.

He was selected to two All-Star games during his career, both with the Cardinals, and retired with a career batting average of .280.

He played alongside star first baseman Albert Pujols on the the St. Louis Cardinals.

David Eckstein Is A Member Of