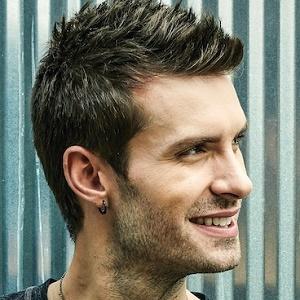 Music producer as well as rising country music star who kicked off his own recording career with singles called "Drink You Away" and "Doin' Country Right." He first established himself by overseeing three #1 hits by Thompson Square and Parmalee as the guiding force behind the NV Entertainment production team.

He began training himself on Pro Tools when he was 14 years old, turning himself into an audiophile. Before becoming a producer, he gave country music a first attempt upon moving to Nashville, Tennessee.

He describes his single "Blame It on You" as "Imagine Dragons country." He followed that track with another called "Shoulda Loved You Like I Do."

He was born in Ardmore, Alabama and lived on his parents 100-acre farm.

His debut single "Drink You Away" was originally a track written and recorded by Justin Timberlake. Justin loved David's voice and gave David his blessing to use the song.

David Fanning Is A Member Of