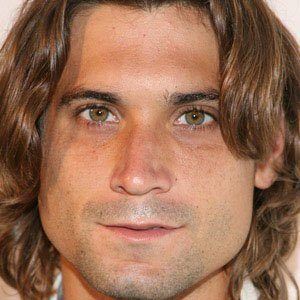 Spanish professional tennis player who competed at the U.S. Open.

He moved to Barcelona when he was younger to attend a tennis training camp.

His agile technique on the court earned him the nickname, 'The Wall.'

He was locked in a room by his coach, Javier Piles, because of his poor tennis performance. Nevertheless, he still saw Piles as a second father. He started dating Marta Tornel in 2013.

He has competed against Andy Roddick.

David Ferrer Is A Member Of