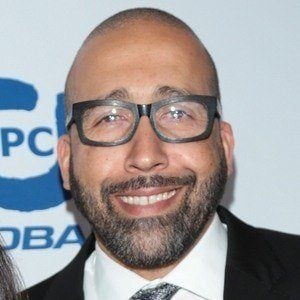 Head ball coach for the Memphis Grizzlies beginning in 2016 who previously held a long-running assistant coach position with the Miami Heat organization. In 2018, he became the head coach for the New York Knicks. He was also an assistant at the NBA level in Atlanta and Golden State.

He was a point guard at Fremont High School. He would attend the University of San Diego where he graduated with a Bachelor of Arts degree in communications and a minor in sociology.

During his first NBA postseason series as a head coach, played against the San Antonio Spurs, he went viral from a post-game rant about the officiating punctuated with the statement "take that for data."

He married Natasha Sen. He has a son named Kyle Jackson from a former relationship.

He served under head coach Erik Spoelstra for years while an assistant with the Miami Heat.

David Fizdale Is A Member Of