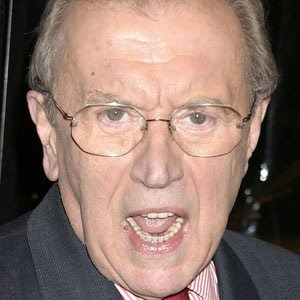 British television host best remembered for his work on such programs as Through the Keyhole, Frost Over the World, and That Was the Week That Was. He also helped establish ITV's TV-am station.

Before pursuing a career in entertainment, he planned to become a Methodist preacher.

He studied English at Gonville and Caius College, Cambridge University.

After the break-up of his brief marriage to Lynne Frederick, he wed Lady Carina Fitzalan-Howard.

His 1977 series of interviews with United States President Richard Nixon became the basis for both a play and a film.

David Frost Is A Member Of