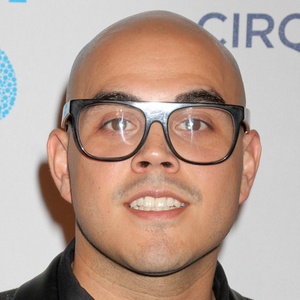 Painter and artist who is known for creating performance based pieces which combine music and art. He is known for his charity work and live performance painting and shares videos of his work along with photos of the finished products to Instagram for his over 170,000 followers.

He began his art career as a teenager painting graffiti. In 2003, he moved from graffiti to canvas and began developing his symbiotic relationship between music and art. He then began working with charity organizations such as the Special Olympics, Echoes of Hope, and Sacramento Children's Home and World Vision.

He has performed his live paintings for a variety of companies and brands including AT&T, Intel, and Disney.

He was born in Los Angeles and was raised in South Sacramento.

He has performed at several charity events alongside celebrities like Snoop Dogg and Dave Navarro.

David Garibaldi Is A Member Of