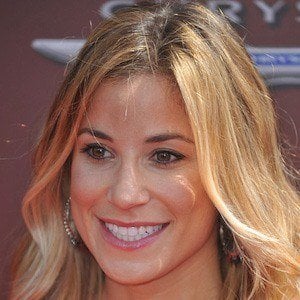 Painter known for her work with Kelly Wearstler, which led to her being featured in the book Hue. She's also responsible for creating one of the original 10-foot guitar sculptures in Guitar Town on the Sunset Strip.

She attended the University of Tennessee to study art.

She had a showroom in West Hollywood in the early 2010s and has been featured in the Greystone Mansion.

She married comedian Sebastian Maniscalco in 2013.

She and Shepard Fairey were both commissioned to design guitars for Guitar Town.

Lana Gomez Is A Member Of