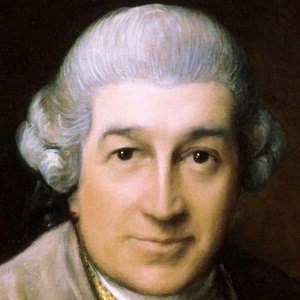 He tried opening a wine business with his brother after arriving to London in 1737. This business failed due to his distraction from amateur theater.

He acted in many of the plays he produced at Drury Lane.

Harry Houdini was a prominent admirer of his work and kept his diary as part of his large theatrical books collection.

David Garrick Is A Member Of