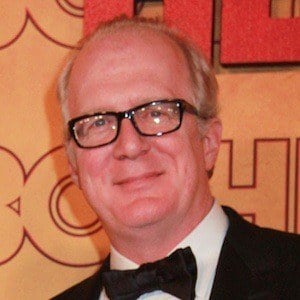 Pulitzer Prize recipient for his play August: Osage County who would also win a Tony Award for Best Actor for his work in 2013's revival of Who's Afraid of Virginia Woolf? As an actor, he has been featured in HBO's Divorce, CBS' Superior Donuts and the 2017 indie comedy-drama Lady Bird.

At the beginning of his acting career, he was a waiter and worked in telemarketing. He worked at at Steppenwolf Theatre Company and Famous Door for 11 years and was a founding member of Bang Bang Spontaneous Theatre.

He was featured in seasons 3 and 4 of Showtime's Homeland, and was nominated for two Screen Actors Guild Awards as part of the ensemble cast.

He married actress Carrie Coon in 2013. He and Carrie welcomed their first child in 2018. He has brothers named Dana and Shawn, the latter being a jazz musician and composer. His mother is best-selling author Billie Letts and his father is actor Dennis Letts.

He wrote screenplays for the William Friedkin-directed pictures Bug and Killer Joe.