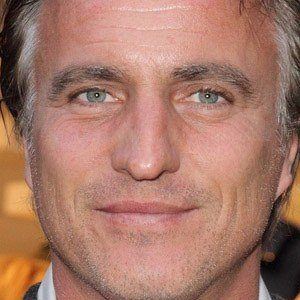 He began his professional career with Toulon in 1985.

He had several appearances in British films, as well as an ITV drama and a competition show on the Channel 4 network. In 2021, he appeared on the reality series I'm a Celebrity...Get Me Out of Here.

He raised two children with his ex-wife Coraline, a fashion model. He began a relationship with model Maëva Denat in 2016.

He scored several memorable goals with Newcastle United that earned him comparisons to another legend for the team, Alan Shearer.

David Ginola Is A Member Of