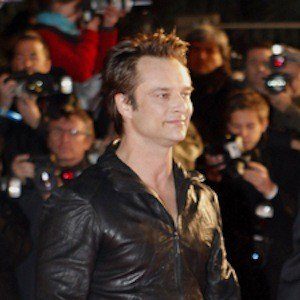 Pop singer and amateur racecar driver who collaborated with his father on the 1999 album Sang Pour Sang.

His first album True Cool was released in 1988. It had the single "High."

He is Johnny Hallyday and Sylvie Vartan's son.

He and Haley Giraldo are both pop stars who are the children of famous singers.

David Hallyday Is A Member Of