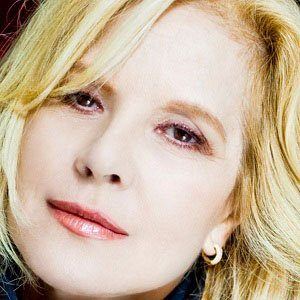 Bulgarian-born, French-language vocalist of the 1960s. She recorded songs in the yé-yé, jazz, rock & roll, and pop genres. Her albums include Twiste et Chante and Comme un Garçon.

She pursued a career in acting as well as in singing, making her first screen appearance in a 1952 film entitled Pod Igoto.

She was born in Bulgaria to a family of Hungarian-Jewish and Armenian descent. She moved with her family to France in 1952.

She married French singer Johnny Hallyday in 1965. The couple's son, David Hallyday, also had a career as a musician.

Sylvie Vartan Is A Member Of