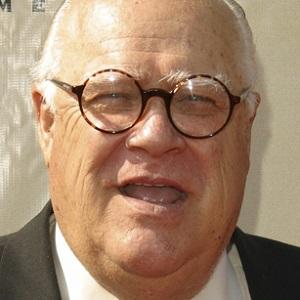 American actor who played the eponymous Santa Claus of Santa Claus: The Movie. He played the other Lebowski as opposed to the Lebowski that Jeff Bridges played in the Coen Brothers film The Big Lebowski.

One of his biggest early roles came in the film A Lovely Way to Die and got his break out role in Mel Brook's Blazing Saddles.

He had a major recurring role on The Wonder Years and made other television appearances in Bewitched, The Mary Tyler Moore Show, and Charlie's Angels among numerous others.

He was born in Vinton, Virginia. He was married to Carole Ann Swart until her death in 1987. His son Michael Huddleston is a fellow actor.

He played a role in the It's Always Sunny in Philadelphia Christmas Special which starred Charlie Day as part of the ensemble cast.

David Huddleston Is A Member Of