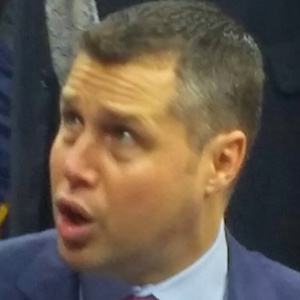 Basketball coach who first became an NBA head coach in 2013 for the Memphis Grizzlies.

He coached in the NBA Development League, and the Continental Basketball Association before earning a job in the NBA.

He was the assistant coach of the Grizzlies for six seasons before being given the chance to be head coach of the team.

He married Kara Joerger and had two daughters, Alli and Kiana.

He served as assistant coach to Lionel Hollins before taking Hollins' job.

David Joerger Is A Member Of