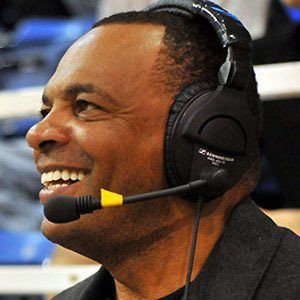 NBA point guard in the 1970s and '80s who went on to coach the Memphis Grizzlies in three different stints.

He first coached the Grizzlies after they fired their head coach in 1999-2000.

His third stint with the Grizzlies got off to a promising start, as the team advanced to the second round of the NBA playoffs.

He was born in Arkansas City, Kansas.

In between his stints with the Grizzlies, he was the assistant coach to Scott Skiles for the Milwaukee Bucks.

Lionel Hollins Is A Member Of