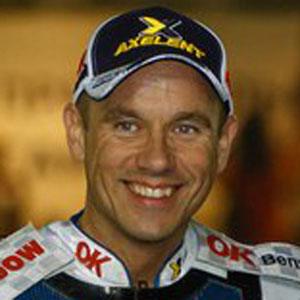 Motorcycle speedway racer who has won multiple world championships, the first of which came in 2003.

In addition to his individual world championships, he has won multiple team World Cups.

He was born in Odense, Denmark. He has a son named Mikkel Pedersen with his long term partner Anne Mette Hansen.

In the Speedway Grand Prix he has competed against riders such as Antonio Lindback.

Nicki Pedersen Is A Member Of