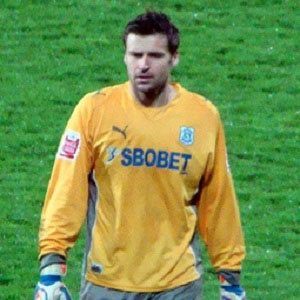 Scottish goalkeeper most famous for his years with Celtic FC, Norwich City and Cardiff City as well as the Scottish national team. He was named Cardiff City's Player of the Year in 2014.

He grew up in Celtic FC's youth academy and made his senior debut with the club in 2002.

He was named to the Sky Sports MNF Team of the Season for 2013-14 while playing for Cardiff City.

He and Peter Whittingham have both been named Cardiff City's Player of the Year.

David Marshall Is A Member Of