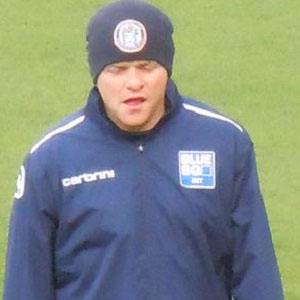 Journeyman striker who has played for numerous clubs during his long career, including Northwich Victoria, Hyde and the Stafford Rangers. He played for the England C national team beginning in 2004.

He grew up in Lytham St. Annes, Lancashire, where he played youth soccer with the Y.M.C.A. Juniors. He made his senior debut with Oldham Athletic in 1995.

He re-joined Hyde as a player and sports scientist in 2012, his third stint with the club.

He has been teammates with Rhys Day at Hyde.

David McNiven Is A Member Of