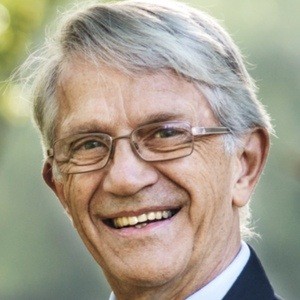 English politician who represented the Putney constituency as a Member of Parliament. During the early 1990s, he also served as Chief Secretary to the Treasury, Secretary of State for National Heritage, and Minister for the Arts.

After graduating from Christ's College, Cambridge, he pursued a career as an attorney.

He resigned from political office in 1992, following a string of media scandals.

He and his wife Judith were married for twenty-one years and raised two children. He later had a decades-long partnership with Penelope, Viscountess Cobham.

He served under the administration of Margaret Thatcher as Minister of State for Foreign and Commonwealth Affairs.

David Mellor Is A Member Of