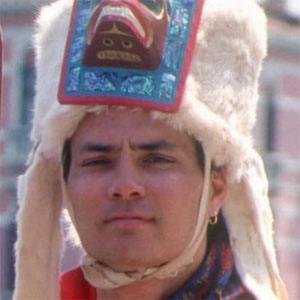 Canadian mixed-media artist and photographer known for carving in the Kwakwaka'wakw style. He became known, albeit controversially, for making masks that comment on modern society.

Before studying carving, he trained as a photographer in the United States for several years.

In the 1990's, he wrote two books about native cultures.

His father, Dave Neel Sr., and grandmother, Ellen Neel, were also carvers in the Kwakwaka'wakw tradition.

Jerry Harris is another well-known sculpter and mixed-media artist.

David Neel Is A Member Of