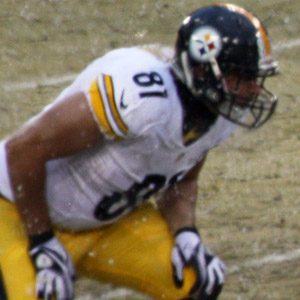 Tight end who made his NFL debut in 2012 for the Pittsburgh Steelers after a solid run at the University of Oregon.

He played football at Auburn Riverside High School in Washington.

He was taken in the seventh round of the 2012 NFL Draft by the Steelers.

He was born to Scott and Kristi Paulson.

He became teammates with quarterback Ben Roethlisberger on the Steelers in 2012.

David Paulson Is A Member Of