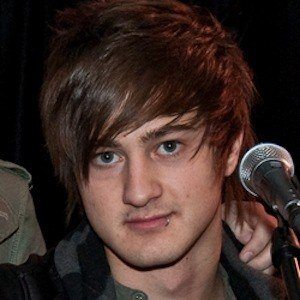 Background vocalist and bassist for the pop punk/power pop band The Downtown Fiction. They were featured in Alternative Press Magazine's "100 Bands You Need To Know" issue.

Cameron Leahy and former drummer Eric Jones formed The Downtown Fiction, and would add Pavluk as the group's original bassist in 2008.

He created a side project called The New Valleys alongside Alan Scarpa.

He is from Arlington, VA and would later reside in Los Angeles, CA.

Along with Leahy, he is joined in The Downtown Fiction by Wes Dimond and Kyle Rodgers.

David Pavluk Is A Member Of